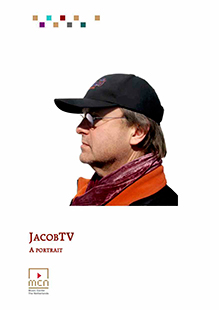 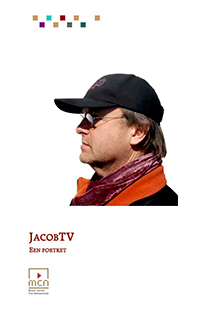 JacobTV might be the best composer you’ve never heard of. Let me explain. Start with his 1999 piece “Heartbreakers,” which takes recordings of American daytime television talk shows like Jerry Springer, Ricki Lake, and Oprah, and sets them within the context of a Jazz ensemble. Ter Veldhuis uses the technique, pioneered by Steve Reich in pieces like “Different Trains,” of playing fragments of speech and doubling the melodic patterns with the instruments. Musically, the result is a sort of post-minimalist jazz jam-fest, complete with improvised solos and speech clips sliced and diced and repeated until the meanings of the words are subsumed by the musical content.

The bulk of the source material for the piece is crack addicted prostitutes being confronted by their mothers on Jerry Springer, and ter Veldhuis treats their plight with a fascinating combination of humor and sympathy, and that’s where the comparison with Steve Reich becomes moot.

The beauty of Reich is how cold and analytical so much of his music is–that he can say so much with so much reserve. “Different Trains,” which addresses the shipping of Jewish children off to concentration camps, is profound in its subject matter and almost classical in its musicality. Ter Veldhuis acknowledges his debt to Reich’s techniques, and once even wrote Reich a letter acknowledging the debt, to which Reich replied that the basic technique may be the same but what ter Veldhuis does with it is quite different. “Heartbreakers” is passionate music, sometimes angry, sometimes surprisingly beautiful, sometimes pathetic in the best sense of the word. These women and their mothers, and the American culture which produced them, are treated with a tongue in cheek mockery, especially in the first movement, but then we see the other side of the situation–they are real people in bad situations who are really suffering. Perhaps the best example is the line “It’s always been fighting. . . She took my kids from me. . .she said that I was irresponstable”–that’s not a typographical error, she really said “irresponstable” and it’s funny, but the piano underneath reminds us that this woman lost her kids.

The correct pronunciation of “Jacob Ter Veldhuis” is something like Yakob ter Feldhouse–the last name means “from the field house”–but for obvious reasons ter Veldhuis is now promoting himself in the United States as “JacobTV.” The name is especially appropriate given his apparent obsession with American media and popular culture; in addition to the talk show piece he has written pieces using audio recordings of an infomercial for an exercise gadget, televangelists, Billie Holiday, Marilyn Monroe, both Gulf Wars, and life-sentence prisoners, to name just a few examples. Asked about the reason for his interest in American culture, he explains that he grew up during the post-war period which was “a very grey time” in Europe and that most of the “color” from his youth was imported from America. Furthermore, with English becoming the de-facto international language, and with most of the Dutch population learning English from a young age, using English simply allows for a wider audience to understand his work. Among the American influences was rock and roll. He describes the first time he heard Bob Dylan as a profound revelation of the power of the combination of words and music, and cites bands like Little Feat as additional influences. Yet while he loved and played rock and roll, he also studied as a classical composer at the Groningen Conservatoire, and it took him decades to finally figure out how to fuse his two loves together. “Heartbreakers” is one of the results of this combination, as is “Grab It,” originally composed in 1999 for tenor saxophone and tape. “Grab It” uses samples of life-sentence prisoners, and has appeared in a variety of arrangements, including one for electric guitar.

Stylistically, Jacob ter Veldhuis is hard to pin down. His classical side is a lush combination of post minimalism and romanticism. While he was working on integrating rock, jazz, and pop culture into his music from one side, he was turning away from high modernism on the other. He feels that composers of the 20th century went overboard with dissonance and atonality, and with excessive seriousness, so he has taken up a tonal language that lies somewhere between John Adams, Arvo Pärt, and perhaps Jean Sibelius. But it’s not even quite right to describe this as a “side.” He weaves all of his influences together, and while the Jazz influence may poke through a bit more in pieces with saxophones, or the Classical influence is more pronounced in an orchestral context, all of the pieces seem organically related on some level. Pieces like “Rainbow Concerto” or “Paradiso” are perhaps better described as residing in a somewhat more classical region of his style.

The “Rainbow Concerto” was the first Ter Veldhuis piece I heard, and from the opening solo notes of the featured cello it is simply breathtakingly beautiful. Commissioned by the Rotterdam Philharmonic and premiered in 2003, the two movements grow slowly and fluidly out of the opening notes. The first movement is a slow build, always intense but never ponderous, and leads into a faster second movement that is somewhat scherzo-like. But it’s an airy scherzo where even the brassy stabs and the thundering timpani are surrounded by soaring melodies. And that sense of joy and beauty are at the heart of ter Veldhuis’s philosophy on and attitude toward modern music. As I have said, he feels that too much of modern music is too ugly and too negative: “Since the second half of the twentiety century, art has become consistently more conceptual and hostile. Modern artists sometimes remind me of orthodox preachers whose sole desire is to hammer into us how depraved the world is.” “Rainbow Concerto” is beautiful and joyous. The “Boombox” pieces such as “Heartbreakers,” “Grab It,” and “The Body of Your Dreams” are sometimes funny and sometimes serious, but the seriousness and the anger are displayed for the purpose of inspiring compassion, not fear or despair. Perhaps the ultimate expression of this ideology is the oratorio “Paradiso.”

Treating Paradise artistically has fallen somewhat out of favor. Life is short, love is lost, we die alone, we drop the bomb, we hate, we are indifferent to suffering, we are strangers to each other, we take, we destroy, and ultimately we despair; and we express that despair in our art. But as much as we despair, we also hope—we seek paradise through love, drugs, sex, posessions, inspiration, religion, and that hope is important. In the third book of Dante’s “Divina Commedia,” Dante and Beatrice, reunited, journey through Heaven. Employing an orchestra, soprano and tenor soloists, a female choir, and a sample, Jacob ter Velduis weaves together the journey of Dante and Beatrice with sonic artifacts of our own time to describe a journey through a series of modern heavens. Recordings of the Apollo astronauts (”We’re up on a slope, Joe, and we’re looking back down into the valley and we have a view of the rille that is absolutely unearthly!”), a televangelist (”And he has taken away your sins”), what I assume must be a porn star (use your imagination), and a stoned Chet Baker (”may this bliss never end. . .”) represent the very real ways in which we seek paradise in our lives. Meanwhile, the singers sing excerpts from Dante (”Likewise I beheld so many flames descend the steps that I thought every light in heaven had come down from that place”), a video screen shows images of the journey, and the orchestra underscores the whole thing in characteristicly gorgeous fashion. The music sometimes reminds me of the “In Paradiso” movement of the Fauré Requiem, only better, and at other times of John Adams. I have only seen excerpts of the video component, and I hesitate to judge it, but what I saw struck me as a sort of high-kitsch. Kitsch, of course, is overly sentimental art designed to appeal for the sake of its surface qualities but having little concern for depth or substance, so by “high-kitsch” I mean to describe art which takes on the trappings of kitsch for the sake of making a deeper artistic statement. In this case, the statement is that much of pleasure is superficial, but that doesn’t mean it’s unimportant or unworthy of serious treatment. The ultimate result of “Paradiso,” as ter Veldhuis himself observes, is a sort of beautiful melancholy. We search for paradise every day, and while we capture moments of it the kind of pure bliss that we desire is a mirage.

Jacob ter Veldhuis may not be famous in America yet, but that may be about to change. The Whitney at Altria in New York recently held a three-day festival of his music to help break him to an American audience and to the American media. The festival featured many performances and a panel discussion of ter Veldhuis and two performers led by Frank Oteri of the American Music Center, and was reviewed favorably in the New York Times. At the same time, the Basta record label has just released three box sets of JacobTV: “Rainbow,” which includes two CDs of three concerti and “Paradiso” (audio only) and a DVD; “Shining City,” which includes a variety of “Boombox” pieces on two CDs and another DVD; and “Suites of Lux,” showcasing two CDs of straight chamber music. The ter Veldhuis website has a number of audio and video clips available, including excerpts from many of the pieces I have discussed here, and a concert schedule.

It’s always nice to find that a great artist is also personally likeable. I met Jacob at the Whitney festival and we had a lovely conversation. In person, he is warm, friendly, and personable. He seemed delighted and grateful for the attention the festival has brought, and devoted to the performers who played his music. During the panel discussion he was humble, and seemed genuinely interested in answering the questions and observations of the audience. With some luck (and perhaps with the right people championing his work), we’ll be hearing a lot more from Jacob ter Veldhuis, and it couldn’t happen to a nicer guy.