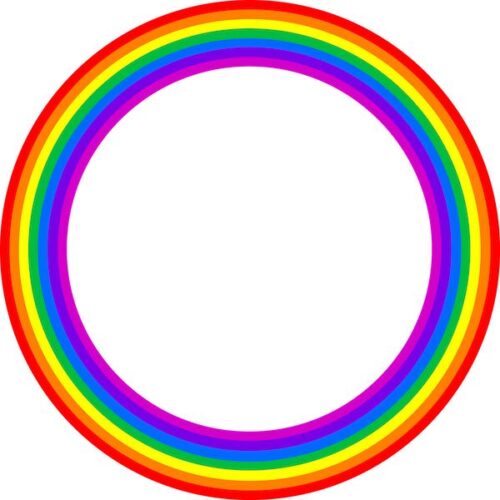 The Rainbow Concerto, for cello and orchestra, was commissioned by the Rotterdam Philharmonic Orchestra for Marien van Staalen on the occasion of his 25th anniversary as a principal cellist of the orchestra. Premiere: February 21 2003 at the Rotterdam Doelen.

JacobTV:
‘My credo as a composer is simple: I work intuitively, and write the music I like to listen to.  If I don’t find the music I’m looking for in a record-catalogue, I know that it is yet to be composed. The Rainbow Concerto is a piece like that.  I had to think of a horizon, an unreachable “yonder” which never gets closer.  I sensed a vague longing for “elsewhere” in the slow first part. Could this be the unattainable Paradise? As in my oratorio Paradiso, the permanent pendulum motion between two adjacent notes gives musical expression to ‘eternity’; there is a deliberately absence of dissonance.  The work is built up in two parts: a heavenly adagio flowing into an earthly allegro. I associate the seven-tone diatonic scale with the seven-coloured rainbow, each of the seven notes has its very own sound. I wrestle with the concept of melody. Is it possible to create one that doesn’t yet exist?  Often I start from a single note and hear where it goes. Music and rainbows are both ethereal illusions. I compose like a sleepwalker, quite romantic in a way, really.’

Musicologist Michael Arntz :
‘The work begins abruptly, as though it is the slow movement of a larger piece that exists only in the listener’s imagination. This feeling is maintained throughout; it seems as though the piece never begins, but rather hovers immovably in open musical space. Each time a new  segment begins, a breakthrough appears imminent – but it never comes. Instead, the musical events shimmer like a kaleidoscope in all manner of sound colours. This permanent standoffishness, however, makes the Rainbow Concerto dissonant in a new way: the tension, arising from the combination of horizontal and vertical structures is tightened to a climax. Jacob TV’s workplace is either in heaven or on earth. But the Rainbow Concerto  plants the seeds of a long last for a reconciliation  between the extremes. Just as a rainbow is an intangible bridge between heaven and earth, the concerto also cuts a fascinatingly colourful gash in musical space that grows out of nothing and eventually reverts to nothing.’