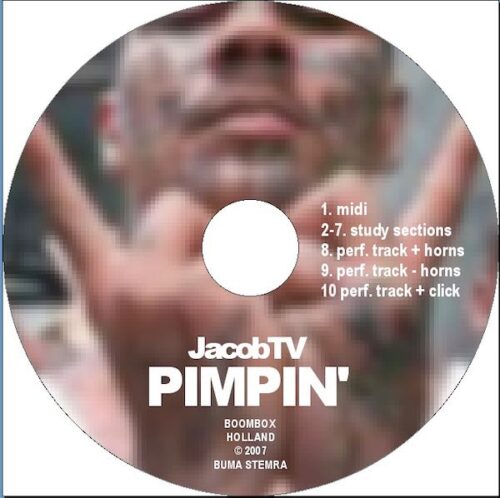 Pimpin, for sax quartet featuring the baritone sax was composed 2007 – 2008 with support from the FPA and dedicated to Connie Frigo and Willem van Merwijk. Pimpin is based on one liners and dialogues from pimps and prostitutes. Pimpin can be performed on baritone sax + audio, or sax quartet + audio, featuring the baritone sax. Complimentary bass & drums parts (PDF) can be added ad lib itum for those who want to perform Pimpin with a band. Contact us at jacobtv@me.com.