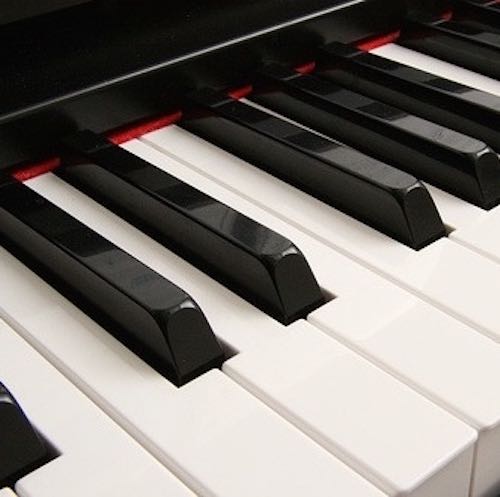 Saudade
‘Saudade’ is a unique Galician-Portuguese word for which there is no synonym in other languages. It describes a deep emotional state of nostalgic longing, a vague and constant desire for something that does not exist. The love that remains. Emptiness. Written July 2012 for Jeroen van Veen, Saudade was premiered by him on 28 April 2013 at Beurs van Berlage, Amsterdam.

Klarsichtdose Mozartkugeln
Composed in 2008 at the request of Jeroen van Veen. The International Student Piano Competition 2008 commissioned the work, which was performed by participating students.

Merry Xmas
Music in a rather slow tempo, written in 1997 to celebrate Christmas for Kees Wieringa.

Sound *
Sound for piano, audio and video, is based on an interview with John Cage that took place in the 70s as part of a 1992 documentary about the composer by Miroslav Sebestik. Sound was composed in July 2012 and is dedicated to the memory of John Cage.