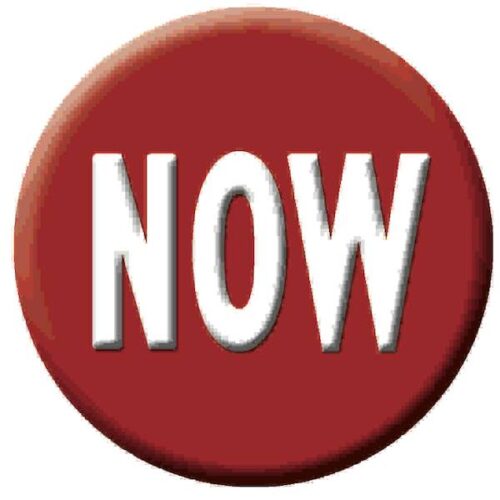 NOW, for large symmetrical orchestra & videos, was commissioned by the Royal Concertgebouw Orchestra in 2004 with support from the FPA. World premiere June 3 & 5 2005 under Markus Stenz at the Gashouder Amsterdam as part of the Holland Festival. Videos by Jaap Drupsteen & Pulsatu. A few years later, JacobTV arranged a medium version for a ‘normal’ orchestra, which was performed by the Brabants Orkest.

‘Now is the cursor of time, that eternal moment, which separates past and future and in which our existence is taking place. The past is no more than a memory from what once was ‘now’, and the future is a rather vague fantasy about what may become ‘now’ some day. Music – like us –  can only exist in the present. Music is now. …NOW… is not a variation on a theme, but an associative stream of developments, just like the present: constant, but always different. The pulse of passing time however is always visible and audible. Echo is an important element in …NOW… both in the video – as frames of frozen time –  as well as in the score. An echo is an acoustic delay, a natural sample. It is a ‘sound still’: a memory from an earlier present. The echoes in …NOW… become reality by the orchestral setting, which is spacial and symmetrical in groups. Echoes ping pong from left to right and vice versa, creating a ‘responsorial groove’, a spacial play with time, like a permanent pendulum motion between past and future, the present being in the center. ….NOW… is an ode to the present, it deals with the time in which we live.’ Jaap Drupsteen & JacobTV

The Dutch press about NOW:
Volkskrant
…NOW…is superb. TV’s highly Dutch continuation of the Reich-Adams direction has always been characterized by a heightened vulgarity, but in this driving, glancing-off work he transcends himself, greatly supported by Jaap Drupsteen (the designer of the last Dutch bank notes) and his son Floris, who made the ultimate clip with a mixture of abstract and concrete images.
Parool
…NOW… was persuasive. Drupsteen was even able to reach the emotions with his refined play of form and color (those blue lines!), whereas the score by TV had the inescapable impact of intelligent, ‘catchy’ rock music – loud, hedonistic, tonal and contagious.

Published by DONEMUS and PEER Clasical for Noth America.