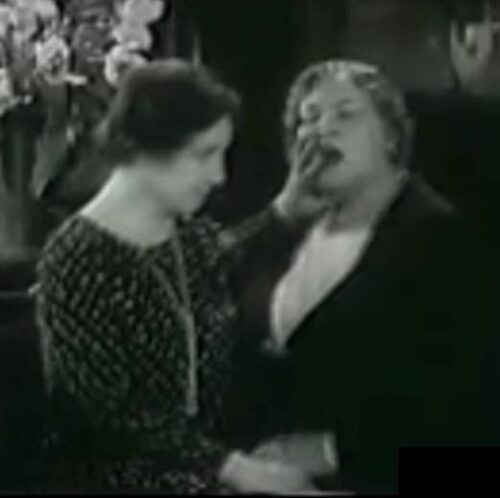 Duration 6:25
It, for flute or marimba with audio and video is based on news reel footage from 1928, featuring Helen Keller and her teacher Anne Sullivan. It was composed in the summer of 2012 with financial support from the Dutch PFA.
The flute version is dedicated to Margaret Lancaster and the marimba version to Dame Evelyn Glennie. The piece is based on speech melody: the melody of dialogues, words and syllables spoken by Helen and Ann became the leitmotif for the music.
Helen Keller (1880-1968) was deaf and blind. She lost vision and hearing in early infancy, which made comprehension of the outside world next to impossible—or so it seemed. When teacher Anne Sullivan agreed to work with Helen, that world opened up, especially when Helen comprehended the function and purpose of language. The first word she learned was ‘it’. In the news reel footage Sullivan explains and then demonstrates the methodology used to teach Keller language, most elements of which are still used with deaf-blind studentstoday. Helen learnt so well that she would graduate with honors in 1904 with a Bachelor of Arts degree. Having overcome her own handicaps to become a well-educated college graduate, she devoted the rest of her life to helping the blind of the deaf. She spoke 7 languages and wrote several books and articles. Her concerns included women’s rights, pacifism, socialism and how to help the blind and deaf.

When I saw Helen Keller first, she was 6 years and 8 months old.
She had been blind and deaf and mute since her 19th month.
She had no way of communicating with those around her,
except a few imitative signs, that she had made for herself:
A push meant: ‘go’ and a pull meant: ‘go’.
And I let her see by putting her hand on my face,
how we talked with our mouths.
She felt the vibration of the spoken word.
Instantly she spelled: “I want to talk with my mouth!”
That seemed impossible, but after experimenting for a time,
we found that placing her hand in this position:
the thumb resting on the throat, the first finger on the lips,
by putting her hand on my face,
we found that she could feel the vibration of spoken word.
For instance: the throat, she feels the G the hard G.
And the K sound. On the lips she feels the B,
and with the second finger on the nose the nasal sound, the N.
With the hand in this position, I made the vowel: i
The first word she learnt to articulate, was the little word ‘it’.
The I made the T. She feels it with the fingers on my lips.
Then I put the 2 letters together to form the word: it.
And the first word was learned.
After her 7th lesson, she was able to speak the sentence,
word by word: I am not dumb now!