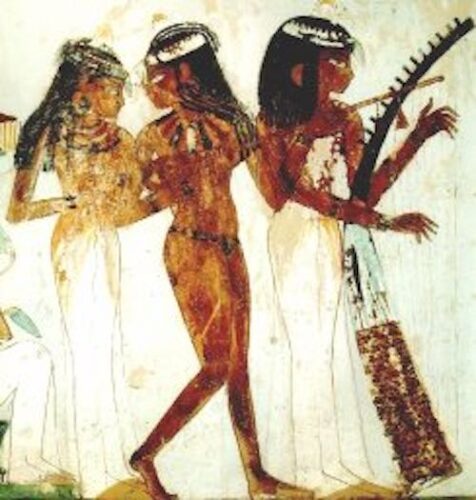 Land of Silence, originally know as Harper Songs, is a requiem composed in 2016 with financial support from the Amsterdam Art Fund and dedicated to Dutch music critic Hans Heg at his 80th birthday. The world premiere was November 2 2016 at the Amsterdam Muziekgebouw, by soprano Nora Fischer, harpist Lavinia Meijer and percussionists Niek Kleinjan and Christiaan Saris.
The Egyptian death cult must have been very important, considering the incredible monuments and art objects that they left behind. The requiem is based on 4000 year-old Egyptian poetry about death. Funerals were accompanied by a singing  blind harpist, so it was obvious to include the harp. The title, Land of Silence, comes from one of these poems and is refers to the land where the dead.

Land of Silence 8. When you anchor