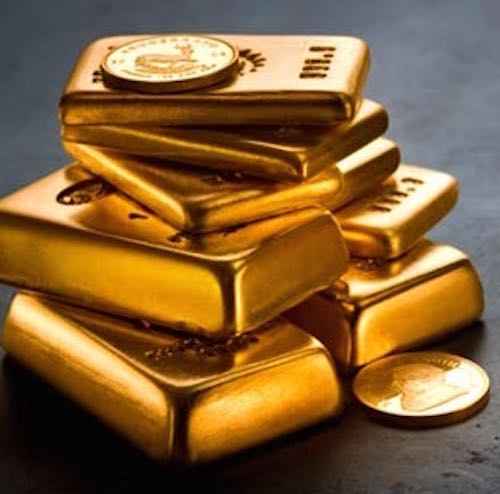 Goldrush Concerto for percussion duo &  orchestra 1996 was composed in 1997 by request of the Safri Duo with financial support from the Dutch FPA. Publishers: DONEMUS and PEER Classical for Noth America.

In 1995 I wrote Goldrush,  a percussion duo, involving a whole family of percussion instruments for the Danish Safri Duo, who recorded it as the title piece on their fourth album. Goldrush appeared to be an expansion for the percussion repertoire. The Safri Duo then commissioned a double concerto for percussion and orchestra. This became Goldrush Concerto. Both Goldrush and Goldrush Concerto tell the story of people exploring new land in search of gold, which led to so many catastrophes in the history of man. The vigorous music has lots of  jazz and rock elements. The piece opens with the discovery of gold. But this ‘el dorado’ is soon leading to new expeditions for more gold. Gold is also to be understood here as a metaphor for happiness, for bliss. In the 2nd and 3d movement, electronic drum pads trigger voice samples from Treasure of the Sierra Madre, a 1948 movie about gold diggers,starring Humphrey Bogart. Eventually the wind blows all their gold dust away into the mountains, back from where it came from.

How much do you figure we got today ?
We’ve taken about all the gold this mountain has…
We’ll be lightening our cigars with hunderd dollar bills!
That’s a trap, shut up or I’ll smash your head flat!
Go ahead fraud, if you did you’d never leave this wilderness alive!
The gold has gone back to where we found it!

First performance of the Goldrush Concerto was on September 5 1997 by the Safri Duo and the Gelders orkest conducted by Chrystopher Lyndon-Gee at de Vereeniging in Nijmegen, the Netherlands. Shortly after, the concerto was recorded by the Safri Duo with the Danish National Radio Symphony Orchestra conducted by Thomas Dausgaard for Chandos (CH 9645). Dutch choreographer Hans van Manen based his ballet ‘Two Gold Variations’ on the first two movements. Goldrush Concerto,has been performed worldwide over 100 times. Another CD recording, by soloists Lorenzo Ferrandiz and Gustavo Gimeno with the Gelders Orkest under Michel Tilkin was made during the season of 2005-2006 when JacobTV was composer-in-residence. ( JacobTV – Shining City BASTA 3091732 )
The first movement of Goldrush Concerto was arranged for wind band by Erik Somers, for DOMINIQUE VLEESHOUWERS,ANDREY DOYNIKOV percussion, HARMONIE ST. MICHAËL VAN THORN conducted by Ivan Meylemans at the Tromp Percussion Opening Night, Nov. 9 2018. ( video below)