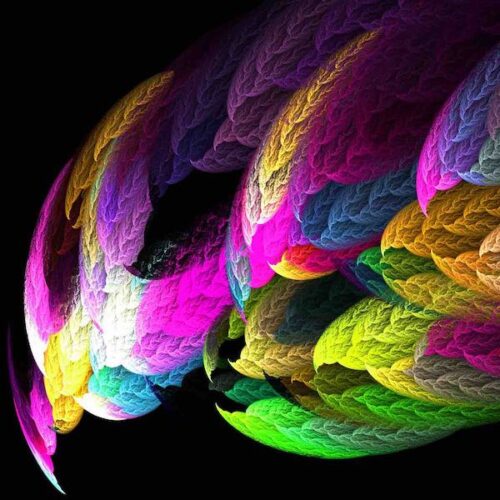 The Freedom Songs is an ode to freedom, composed 75 years after the liberation from fascism in Europe, commissioned by Fulcrum Point New Music Project Chicago with financial support from the FPA.
Living in a postwar western society, freedom seems obvious. The need for freedom seems to be met today, while at the same time, individual freedom and privacy is under threat. So what is freedom? According to the German philosopher Peter Sloterdijk, ‘freedom is hard to define, since over time freedom has taken on many different forms’. Already in antiquity, there is a notion of freedom, even inner freedom, where ‘freedom is the property of man’s own self, independent of the world’, as the Greek philosopher Epictetus argued. And the Buddha said: ‘No one can rule us inwardly, when we know this, we become free’. In 1941, when Nazi Germany had already occupied large parts of Europe, President Franklin D. Roosevelt introduced 4 fundamental freedoms: Freedom of speech and expression, freedom to worship God in his own way, freedom from want and freedom from fear. His words, along with poems and quotes from politicians, writers, poets and philosophers like the Buddha, Malcom X, Hegel, Yeats and Martin Luther King, were the inspiration to compose The Freedom Songs. And Music? Music expresses freedom pur sang, it celebrates life, free of regulations…The Freedom Songs are dedicated to Fulcrumpoint New Music Project.
World premiere & Dutch tour: Nov 6 November Music Den Bosch, Nov 7 Muziekgebouw Amsterdam, Nov 9 Tivoli Vredenburg.
Chicago 8 or 15 Dec 2021.

Freedom Songs is a work in progress, for female voice, flugelhorn, electric guitar, percussion and audio. The scores leave room for interpretation and experiment and can last anything between 30 – 100 minutes. The music is a blend of minimal, ambient, electronic, world, classical & avant pop styles, with soundscapes, lighting and text animations. The music is modal, its ambient character demands  resounding spaces like a church. Performing in dry spaces like black box theaters is only possible when using high quality artificial reverb. Amplification is needed to blend with the soundscapes. The Freedom Songs whereas orchestrated for a quartet but has an optional duo version for voice and trumpet with pre-recorded mallets and guitar. This Freedom Songs is suitable for music theater or ballet.

1.NO ONE
No one outside ourselves can rule us inwardly. When we know this, we become free.
Buddha

2. INNISFREE
I will arise and go now, and go to Innisfree, (..)
And I shall have some peace there, for peace comes dropping slow, Dropping from the veils of the morning to where the cricket sings;
I will arise and go now, for always night and day
I hear lake water lapping with low sounds by the shore;
While I stand on the roadway, or on the pavements grey,
I hear it in the deep heart’s core.
William Butler Yeats

4 IF I FALL
If I fall, I’ll fall five feet four inches forward in the fight for freedom. I’m not backing off.
Fannie Lou Hamer

5. FREEDOM FROM FEAR
The only real prison is fear, and the only real freedom is freedom from fear.
Aung San Suu Kyi

6. THE CUP OF BITTERNESS
Let us not seek to satisfy our thirst for freedom by drinking from the cup of bitterness and hatred. Martin Luther King Jr.

8. THE POWER OF LIBERTY instrumental intro to:

10. OPEN WINDOW
Freedom is the open window through which pours the sunlight of the human spirit and human dignity. Herbert Hoover

11.LIBERTY
Stone walls do not a prison make,
Nor iron bars a cage;
Minds innocent and quiet take
That for an hermitage;
If I have freedom in my love
And in my soul am free,
Angels alone, that soar above,
Enjoy such liberty.
Richard Lovelace, To Althea, from Prison

13. DIE FOR IT!
If you’re not ready to die for it, put the word ‘freedom’ out of your vocabulary.
Malcolm X

14. IF FREEDOM FAIL For what avail the plough or sail,
or land or life, if freedom fail?
Ralph Waldo Emerson