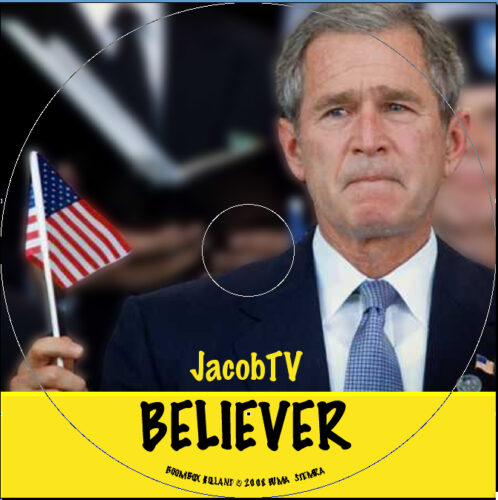 Believer,  for baritone sax and audio was composed 2007 for Willem van Merwijk in 2008. World premiere 25-10-2008 at Theater Kikker in Utrecht. Emmanuel Graglia added an arrangement for electric guitar.

Believer is based on a Christmas interview by Bill O’Reilly with President George W. Bush for Fox News in 2004, during the Iraq War. The soundtrack was composed of the voices of Bush, O’Reilly and a blend of sax, cello and guitar sounds, with added distortion from an overdrive guitar amp. The baritone part is blending with the audio track. Believer is also part of White Flag, a suite for rock band about the war in Iraq,  written that same year for Electric Kompany. The concert video by Robert Sirvent Tolsà contains a recording by Joan-Martí Frasquier.