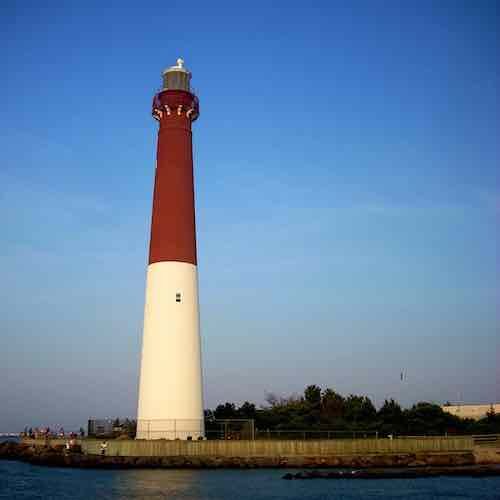 Barnegat Bay, for Bb clarinet solo, was composed in Ship Bottom, Long Beach Island, NJ, USA in the winter of 1992 and dedicated to British clarinettist Roger Heaton.
In the cold winter of 1992  I survived what Americans called ‘The Storm of the Century’ in a wooden beach house on Long Beach Island. I used to stroll along the beaches of Barnegat Bay, listening to fog horns in the distance. The area surrounding that bay was described by Henry Hudson in 1609: “A great lake of water, as we could judge it to be. The mouth of the lake hath many shoals, and the sea breaketh on them as it is cast out of the mouth of it.” The bay was originally called ‘Barendegat’  by Dutch settlers, meaning: inlet of breakers, referring to the waterway’s turbulent channel.