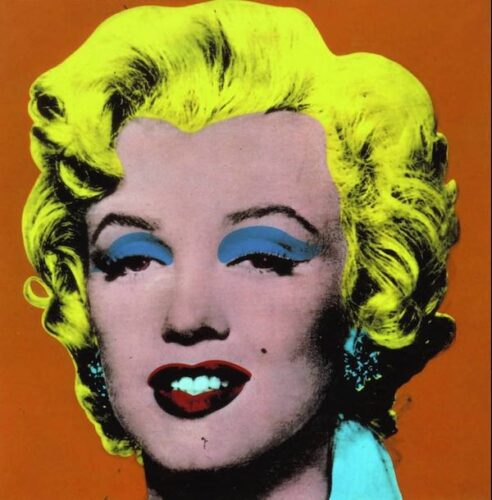 Able to Be, for soprano, electric violin, flute or alto recorder, percussion,  audio + video was commissioned by and dedicated to Elektra, with financial support from the FPA in 2005. Able to Be is a mini opera about the lives and times of Marilyn Monroe, based on original interviews. Her real name was Norma Jean Baker. Her mother gave her to a foster family. She lived with different people, and was  often mistreated. At 16 she married a sailor, but soon after ended that marriage. She changed her hair color from brown to gold and changed her name to Marilyn Monroe. She wanted to be an actress and appeared in a number of Hollywood movies. By the time she turned 26, her talent and beauty earned her a place as one of America’s leading movie stars. But success and fame were not enough to make her happy. She died at the age of 36, probably from an overdose of pills. Able to Be tries to show the real person behind the icon.
‘Fame will go by, and so long, I’ve had you fame, that’s not where I live. I’ve always know it was a fickle.’
Marilyn Monroe

Elektra performing Able to be live on Bulgarian National  TV: